Skip to content
GET IT FAST! ASK ONE OF OUR EXPERTS ABOUT OUR QUICK SHIP PRODUCTS!

Public parks and spaces are one of the most important parts of any community. They have been places to meet, exercise, and enjoy the outdoors from the very beginning. However, one of the toughest choices to make when it comes to such a space is whether to permit dogs to enter, and if so, how to prepare the park to support them.

There are good arguments to be made on both sides. However, we believe that in the end, it winds up being more beneficial to allow dogs and to design the park in such a way as to give them ways to play and enjoy the space. In this post, we will describe the pros and cons of dogs in public parks.

The downside of dogs in public parks

The first concern is the potential for dogs to create messes. There are a few different ways for this to take place. For example, a major concern is the dogs going to the bathroom inside the park. This can definitely be irritating to other park patrons, but there is an obvious solution. Provide plenty of dispensers with plastic bags and dog waste receptacles for easy cleanup. This makes it easy for dog owners to take care of any waste before it becomes an issue. If there are still problems, then it is commonplace to start issuing fines to neglectful owners who do not clean up. In fact, the problem is not people having dogs in the park: it is people not following the rules of the park. Enforcing the rules will improve the park for everyone, and it’s not limited to the presence of dogs. Whether it is safety, littering, or any other topic, maintaining and enforcing park rules ensures a welcoming and enjoyable space. The key is to collaborate as a community to create a good set of rules and then enforce them evenly. The majority of dog owners pick up their dog’s waste, don’t let the few ruin it for the many.

The next topic is danger. It is very rare for dogs to be actively dangerous to humans. Larger dogs can hurt people by accident when they get excited, though, so once again the subject of rules comes up. There are multiple ways to make the park safe while allowing dogs. The simplest is to have a designated area for dogs to run around off leash that is fenced off or otherwise separated. This keeps the dogs from being able to run wherever they want while still creating enough room for them to play and get exercise. Alternatively, the park could impose size limits on dogs in the park, or require that all dogs be on leash at all times. That means the owners will have close control of their dogs. Anyone who does not respect the rules or who has a dog that is involved in an incident will face penalties. In reality, the biggest danger is not that dogs will harm a human, but that they will hurt each other. Dogs often play rough, and a size difference or confrontation could risk accidental or intentional harm. It is the responsibility of the owner to make sure that their dog is trained and well socialized so that it can interact safely with other dogs. They must also keep an eye on their dog to make sure that everything is going well. In addition to fines or other penalties, dogs who behave in a threatening or unsafe manner can be banned from the park.

Even if they are not causing harm, some people might find the dogs annoying. This could be from dogs trying to greet strangers who do not want to interact with them, the sound of dogs barking, or any other factor. Here, the primary argument is that parks are a public space and are shared by the community. The community can choose to set reasonable standards for what constitutes an excessively annoying encounter with a dog, but in general dog owners are also community members and stakeholders in the park. Once again, community rules can help settle any disputes, but here dogs are no different from children playing, a practicing sports team, or anyone else using the park.

Pros of dogs in parks

The first reason to include dogs is the fun factor, both for the dogs and the humans. Most people enjoy the presence of dogs and seeing them play in a park is a great way to brighten anyone’s day. The more densely populated the area is, the harder it is for dogs to get a lot of time where they can run around in open space without risk. That makes the opportunity to play in a park special for them. It’s also a great way for them to meet new people and for people to meet them. Park rules can set the boundary between appropriate behavior and owner responsibility to make these interactions better.

Next, allowing dogs is the welcoming thing to do. Because dog owners are part of the community, they would feel excluded if they were not allowed to bring their dogs to the park. That alienates some of the people who should be as able to participate in the park as anyone else. They are deserving of the chance to enjoy the park just like everyone else. Unless their dog is being overly disruptive and causes significant problems for other people, then there is no reason to tell them that they cannot bring their companion.

If that wasn’t enough, it is sufficient to say that all people have equal rights to use the park as they please as long as they are not harming anyone else. Bringing dogs to the park should be a welcome celebration of community.

How to Prepare A Park For Dogs 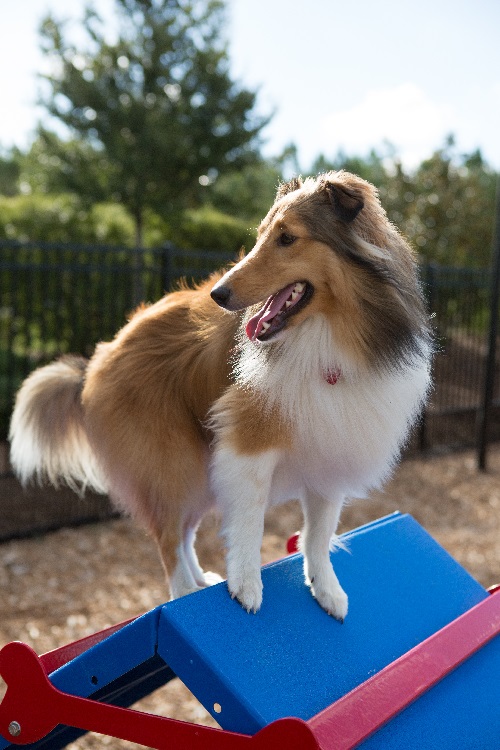 Setting up a park so that it is a good place for dogs takes a little work, but the reward is more than worth the time. There are plenty of companies that sell dog park equipment to help both humans and dogs enjoy the park (at Park Warehouse! – we’re kinda partial to our dog park products and for good reason). For example, dogs love to play with agility equipment like ramps and tunnels. The same goes for bars and other objects that they can jump over, balance on, or jump-through. All of these provide a novel experience for them, and their owners will enjoy leading them through the course.

Scott is an accomplished entrepreneur and business executive that has been involved with Internet-centric companies for over 20 years. He created one of the earliest affiliate networks that led to an acquisition. Scott is a co-founder and the CEO of Park Warehouse. He is an avid amateur photographer and is passionate about America's treasured parks.

One thought on “Should dogs be allowed in public parks? Pros and cons of making your park dog-friendly or adding a dog park”